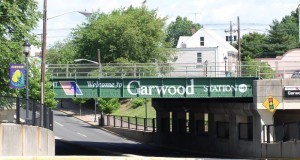 Garwood was created as an industrial town at the turn of the century.  The area that is now Garwood was on the fringes of Westfield and Cranford.  A large tract of land along the Central Railroad of New Jersey was acquired in the 1890’s by John Maxwell, a former president of the Central Railroad of New Jersey.  He formed the “Garwood Land and Improvement Company” to attract industry and provide workers’ housing.  The town was incorporated as a borough in 1903, named for Samuel Garwood, president of the Land Company.  Garwood expanded from strictly factory-related development to regular suburban housing after World War II.   The town center has a large shopping center, with major food markets and a variety of other stores and commercial businesses.

Garwood, New Jersey is a suburban community located approximately 25 miles southwest of New York City. With a balanced mix of residential areas, retail stores and manufacturing businesses in its .75 square miles, the tiny borough of Garwood has approximately 4225 residents. Most of the streets on the north side of town are numbered, 2nd, 3rd, 4th and 5th Avenues (there is no 1st); while on the south side they are named after trees, Willow, Hickory, Beech, Pine, Myrtle and Spruce.